Find out more about our events.

The China Competence Centre offers you a wide range of mobility programmes including advisory services to China.

Find out more about our competence center and our tasks.

China is one of the most important partner countries of the Clausthal University of Technology. A broad network with Chinese partners exists already. China has developed more dynamically in the past decades than any other country all over the world. According to the Federal Foreign Office, more than 5.000 German companies are currently represented in China, anyway 900 Chinese corporations in Germany. The economy demands young people who aren’t only familiar with engineering sciences, but also with the culture and everyday life of China. Against this background, the Federal Ministry of Education and Research (BMBF) is pursuing the goal of “expanding and consolidating German-Chinese cooperation in education and research”, according to former Federal Minister Johanna Wanka (February 2013 to March 2018). Therefore, the expansion of a broader China competence is necessary at the Clausthal University of Technology. 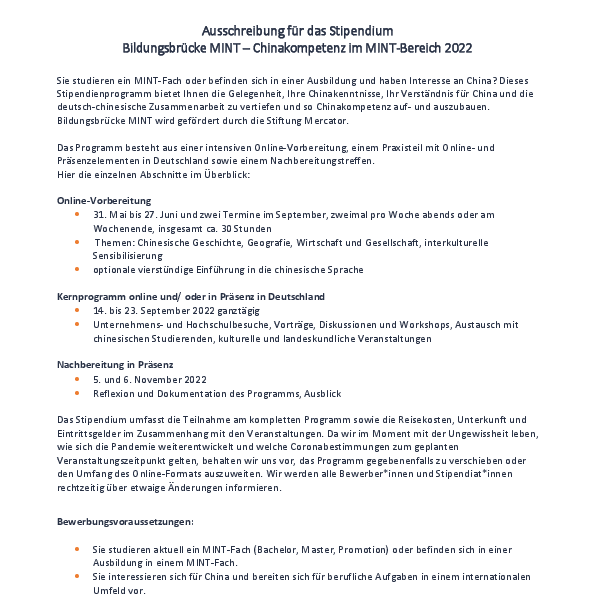 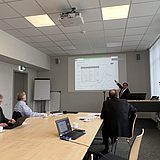 Our website uses cookies. These have two functions: Firstly, they are necessary for the basic functionality of our website. On the other hand, with the help of cookies, we can continually improve our content for you. For this purpose, pseudonymised data of website visitors is collected and analysed. By clicking on Settings, you can also select the individual cookies you wish to accept. You can revoke your consent to the use of cookies at any time, even partially. You can find more information about cookies on this website in our privacy declaration and about us in the imprint.